Working Principle of a Rotary Evaporator

A rotary evaporator(rotovap or rotavap) evaporates solvents from samples by utilizing the principle that the solvent will have a lower boiling point at a reduced pressure. Specifically speaking, the stepless speed regulation is adopted to make the evaporation flask rotate at a constant speed. By the rotation, materials can form a large area of uniform thin film on the inner wall of the flask. The evaporation flask is heated evenly by a water or oil bath, and materials, with a lower boiling point, is evaporated rapidly under the vacuum condition. The solvent steam is recycled in the receiving flask after being cooled by the high efficiency glass condenser.

Working Process of a Rotary Evaporator

a. Pour the mixture of solvent and required compound in a round-bottom flask, which should be fiiled less than half full of the solution.

b. Fill the rotovap cold traps with dry ice.

c. Attach a glass “bump trap” to prevent any solution from entering the main part of the rotovap. Secure with a clip.

d. Connect the flask and bump trap to the adaptation part with a clip.

e. Lower the flask into the water bath, preventing the flask from disconnection.

The working process of a rotary evaporator is a consecutive process under the reduced environment. There are several steps for the operation:

Applications of a Rotary Evaporator

A rotary evaporator is mainly used for the process of evaporation, concentration, crystallization, drying, separation, and solvent recovery, and especially used for the continuous distillation of large amounts of volatile solvents under reduced pressure. With so many application purposes, there is no doubt that a rotary evaporator can be applied in many areas. For example, it can be used in the small and pilot experiments and production in the biological, pharmaceutical, chemical fields and even food-making industries.

Parts of a Rotary Evaporator

The condensate tube usually uses double serpentine condenser, adding a condensing agent such as dry ice and acetone to condense the sample;

The evaporation flask is used to evaporate the sample, which can rotate at constant speed and under constant temperature;

The receiving flask can effectively recycle the condensed sample;

The rotary motor drives the evaporation bottle containing the sample by the rotation of the motor;

The vacuum system is used to lower the pressure of the rotary evaporator system;

The bath kettle is used to heat the sample with water or oil as a medium.

How does a Rotary Evaporator Evaporate Remove Water?

A rotary evaporator is widely used in removing water from materials in order to concentrate substances. As we mentioned above, a rotary evaporator can remove water or solvent at a reduced pressure or vacuum condition. The principle is that the water and solvent will have a lower boiling point at a reduced pressure, and thus the water and solvent can be evaporated or removed at a lower temperature. Removing water by rotary evaporator is commonly used in kitchen, for example, concentrate fruit juice, which is to remove water from fruit juice.

How do you Clean a Rotary Evaporator?

There are several ways that is helpful and useful for cleaning a rotary evaporator. Firstly, adopt a continuous drainage device and control the concentration multiples of its condenser within a certain range, effectively preventing the dirt from being precipitated. It is convenient to clean a rotary evaporator later. Secondly, the surface evaporation temperature should be kept below 40 degrees. At the same time, use a large amount of water to make the condenser surface be always covered by water film. Thirdly, the pre-film anti-scaling treatment can be made when a rotary evaporator is manufactured. Pre-film forming a protective film on its surface, it can efficiently prevent dirt from being attached to the surface.

How to Use a Rotary Evaporator for Distillation? 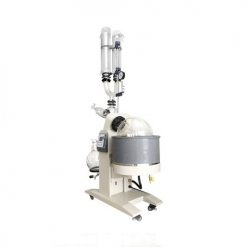 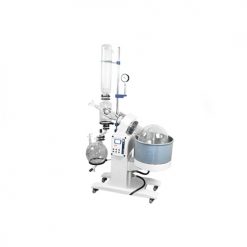 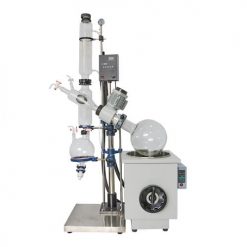 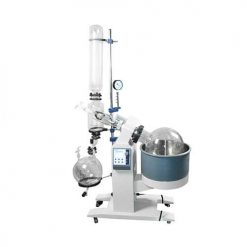 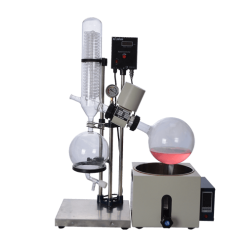 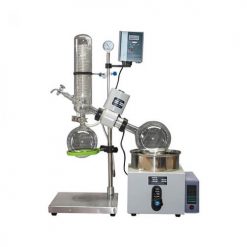 What is an Ultrasonic Cleaner?

How does an Ultrasonic Cleaner Work?

How does a Rotary Evaporator Remove Solvent?