Falling film evaporators are efficient evaporation equipment widely used for the evaporation and concentration of evaporative material, water, organic solvents and solutions in the pharmaceutical, food, chemical, light industry and other industries. It also can be widely used in the waste treatment of the above industries. Falling film evaporators can evaporate heat sensitive materials and materials with higher concentration and higher viscosity.

The rotary evaporator is known as rotovap as well. It is a common evaporation equipment in laboratories, consisting of a motor, a rotating flask, condenser pipes, a water or oil bath. etc. It is mainly used for continuous distillation of volatile solvents under reduced pressure in chemical, biological, biomedical field and other fields.

1. They are both used to concentrate or extract water, organic solvents and solutions, in order to get substances which are purer or with higher density.

2. They are both widely used in chemical and biological , biomedical and other fields.

The working principle of falling film evaporators can be described as follows. The materials are added from the upper part of the heating tube. They are evenly distributed into each falling film pipe through the distributor, and flow down the wall of the pipe in the state of a liquid film. Under the action of gravity and the secondary steam flow, the materials get evaporated while flowing down. At the bottom of the falling film tube, the materials and secondary steam are basically separated, and they reach the separation chamber to achieve complete separation.

The basic working principle of rotary evaporators can be described below. The rotating flask is heated thermostatically and can rotate at a constant speed. Then the material forms a large area of thin film on the inner surface of the flask. The solvent vapor is recycled in the collecting bottle after being cooled by high-efficiency glass condenser. 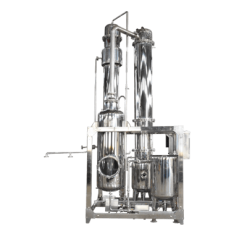 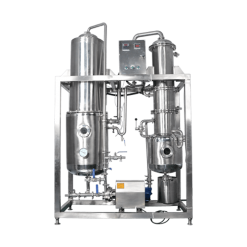 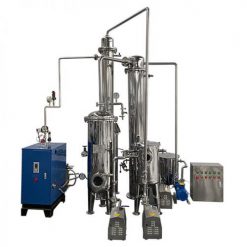 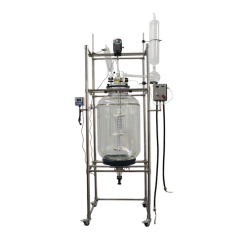 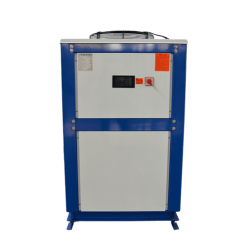 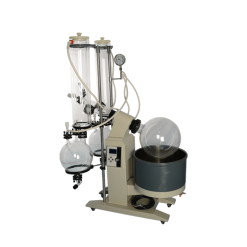