As a type of cannabis concentrate, live rosin has greatly increased in popularity because of its supercritical flavors and tastes. Many people may wonder how can we make live rosin? The following parts may be helpful for you.

What is Live Rosin?

1. Cut down cannabis, remove the fan leaves and freeze the flowers.

2. Wash the frozen cannabis buds into bubble hash, filter the hash and freeze dry it.

What Equipment can be Used to Make Live Rosin?

A rosin press can be considered a appropriate equipment for making live rosin. Its working process can be roughly concluded as follows. The two heated plates are pressed down onto each other, so that the enough force is generated to press the plant material that is enclosed in rosin pouches or parchment paper at high pressure. The resinous glands, containing all of the plant cannabinoids, can be loosened. At the same time, the cannabinoids will be effectively squeezed from the plant by high pressure. In the basic process of producing live rosin, no solvent is used so that there is no man-made chemicals in concentrates and no change in the flavor of rosin.

What’s the Difference between Rosin and Live Rosin?

Live rosin varies from rosin. Firstly, they looks quite different from each other. Rosin is usually semi-transparent in nature and varies in color from yellow to black, while live rosin has a a dark yellow color as well as a grainy texture.

Furthermore, rosin is a type of solvent-free oil made by exposing plant materials to both high temperature and high pressure. But live rosin does require a solvent due to the excess liquid in fresh cannabis. 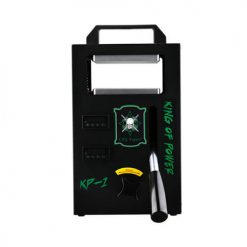 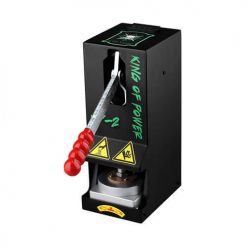 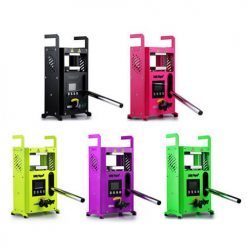