As a kind of distillation technology, the molecular distillation should be carried out under a high vacuum condition. Because the average free path of steam molecules is greater than the distance between the evaporation surface and the condensation surface, the liquid mixtures can be separated by utilizing the difference of the evaporation rate of each component in the liquid. 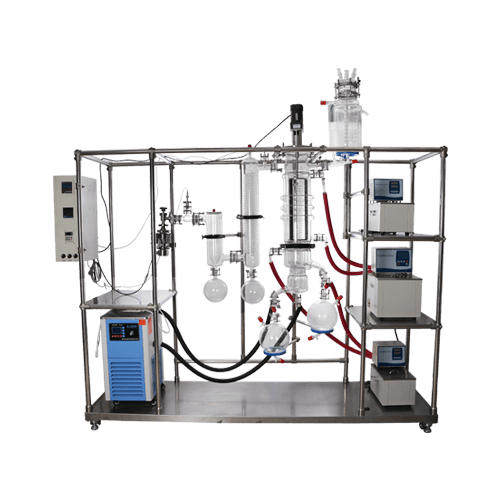 What is Molecular Distillation?