How does a Centrifuge Separate Mixtures

There are two facters closely related to the separating methods of the decanter centrifuge, which are sedimentation coefficient and buoyant density. The rotor can generate a mighty centrifugal force by rotating at extremely high speed, which can accelerate the sedimentation speed of different proportions of components (solid or liquid phase) in the mixed liquids, and separate substances with various sedimentaion coefficients and buoyant densities in the sample.

The main principle of the filter centrifuge is to acceleratly throw the liquid phase in the solid-liquid mixture out of the drum by the centrifugal force generated by the high-speed rotating centrifugal drum (with appropriate filter materials), while the solid phase is left in the drum. In this way, the solid and the liquid are separated, which is commonly known as dehydration.

Besides the methods adopted by these two main types of centrifuges, there are other separating methods as well. One is the isotope separating methods and the other is isopynic separating method. Specifically, the former is to concentrate a particular isotope by removing other types of isotopes of a chemical element. The latter is to separate substances with different density. During the centrifugal process, the particles with the same density will gather together in a zone. The density is chosen such that the range of gradients includes the density of all particles to be separated. The sample can be above the density gradient liquid particles or evenly distributed in the density gradient. After centrifugation, the sample particles reach their equilibrium point.

What is centrifugation in separating mixtures?

Centrifugation is known as a technique that employs the centrifugal force to separate components of a mixture interms of density, particle size or other factors.

What is the process of centrifugation?

Centrifugation is a separation process, which utilizes the centrifugal force  to separate components in a mixture.

How does a Centrifuge Work?

What are Purposes of Using a Centrifuge? 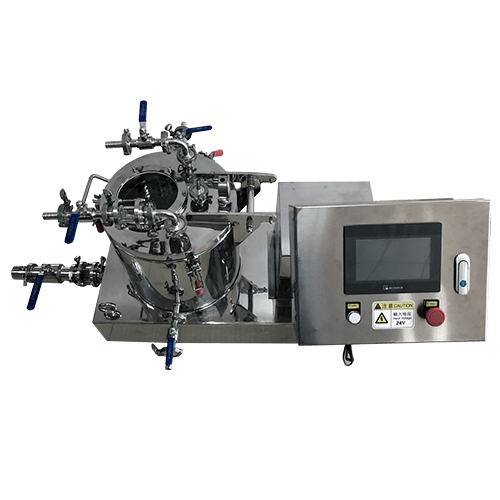