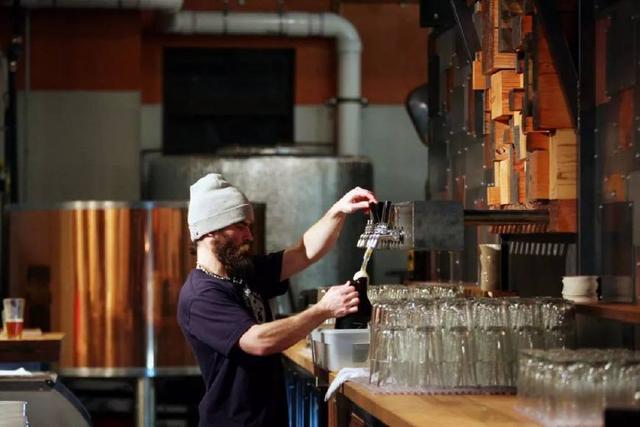 There is a great variety of beer around the world, which all have their own local features. But the beer can fall into two main categories in terms of the brewing methods, which are Ale and Lager. So how to distinguish them from each other? Let’s discuss it together below.

Ale may be the earliest beer produced by human. It is known as top fermenting as well. The yeast works at the top of fermentation tanks, floating above the liquor. This fermenting method is suitable for a high temperature environment. The optimal temperature is about from 16℃ to 24℃. In this way, the metabolites of fermentation can be more diverse. For example, acyls and esters are generated, which greatly affect the flavor of the beer and serve as important sources of the complicated aroma in Ale.

Lager is a much common kind of beer. The 90% of beer around the world is Lager. It is also called bottom-fermenting. The yeast works at the bottom of fermentation tanks, sinking beneath the liquor. It requires a relatively low fermenting temperature. The fermentation temperature is normally controlled under 10℃. Beer usually has a low content of alcohol. The yeast is mainly based on the single alcohol metabolism. So the taste of Lager is much simpler, which is mainly the original taste of barley and wheaten.

As a traditional technology for brewing beer, Ale is possible to be the earliest beer of human. It can date back about 6000 years to the north European.

But Lager comes from German. Its fermenting time is longer than Ale. This method is applicable for German because malt and water there is high quality.

The taste of Ale is much more rich and dense, with some complex aromas such as flavors of fruit and nuts. Because Ale can form a foamy layer of yeast during fermentation. A large number of esters are generated, forming a great variety of flavors and aromas.

The taste of Lager is simpler, which is mainly the original taste of barley and wheaten. Due to yeast sinks at the bottom of the fermentation tank, it is mainly based on the single alcohol metabolism. With a high carbonation, lager is clear and light, and its taste tends to be more refreshing, and its aroma is simpler.

Generally speaking, it’s optimal to drink Ale at room temperature and Lager at a relatively low temperature. The lighter the beer color, the lower the serving temperature of beer.

Key Things You Should Know about Craft Beer

Introduction to Craft Beer The craft beer is a type of fine brewing beer, varying [...]

How Craft Beer is Made?

Introduction of Craft Beer As one of the oldest and most popular alcohol beverages, beer [...]

What is the Difference Between Craft Beer and Regular beer?

Under the background that the mass beer has gradually saturated, the high-end product tends to [...]