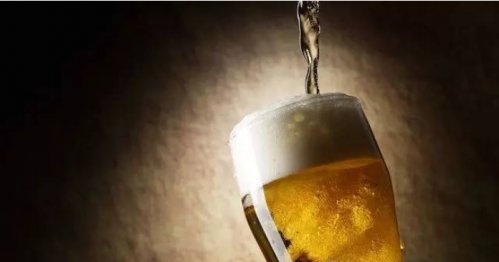 The craft beer is a type of fine brewing beer, varying from regular beer or industry beer.

Does Craft Beer Have Health Benefits?

Drinking beer in moderation can:

1. Make people feel relaxed and glad by drinking one to two cups of beer, improving ones’ happiness.

3. Lower the risk of having Alzheimer’s and Dementia.

4. Prevent people from getting Diabetes due to craft beer use much more natural ingredients.

6. Decrease the risk of poor cognitive function for men and women.

Is There any Food Safety Problems During the Brewing Process?

Generally it won’t bring about problems concerning food safety and health hazards as long as the sterilization work is well done before fermentation, which is considered as the most essential thing.

Where does the Bitterness of Craft Beer Come from?

The bitterness of craft beer is from hops. Hops contain a kind of α-acid. The molecular structure of α-acid changes after boiling at a high temperature, turning into a kind of bitter isomerism α-acid that is capable of providing bitterness balancing out the sugar in the wort. It is not that the more bitter the beer, the better. The degree of bitterness should be appropriate.

How Many Kinds of Beer are There?

1. Ale: Ale is made with top-fermenting yeast with a shorter fermenting time. Ale always have an intense taste and appealing appearance. During the warm fermenting process, Ale can develop a great variety of fatty flavors, with flavors of nutty, fruit, even chocolate and honey if malt is processed well.

2. Lager: Lager is made with bottom-fermenting yeast, and then should be stored at a low temperature, which has a longer fermenting time than Ale. Now the beer produced in China is almost Lager.

The craft beer is mostly Ale. The yeast works at the top of fermentation tanks, floating above the liquor.

What is Craft Beer?

The craft beer is a type of fine brewing beer, varying from regular beer or [...]

How Craft Beer is Made?

Introduction of Craft Beer As one of the oldest and most popular alcohol beverages, beer [...]

What is the Difference Between Craft Beer and Regular beer?

Under the background that the mass beer has gradually saturated, the high-end product tends to [...]